Occupational healthcare center Apila has gotten new extended premises. Along with its extension Apila is now able to offer even better occupational healthcare services for its customers. The interior of the premises was also renewed during the extension project and antimicrobial furniture is being used extensively in the renewal. The renovation of the premises started in summer 2016. Seppo Peltomaa (Arkkitehtuuritoimisto Seppo Peltomaa Oy) worked as the architect of this project and Isku Interior’s Tiina Jalava was responsible for interior design.

“All touch surfaces in Apila’s premises are antimicrobial. The blue coloring used in the premises radiates cleanliness and health, it also reflects the colors used in company’s logo”, says interior designer Tiina Jalava.

“We want to invest in both our customers and workers well-being. Antimicrobial furniture and surfaces are proved to decrease the spread of infections”, told Riikka Mattila, the CEO of Apila.

We want to invest in both our customers and workers well-being. Antimicrobial furniture and surfaces are proved to decrease the spread of infections.
Riikka Mattila, the CEO of Apila 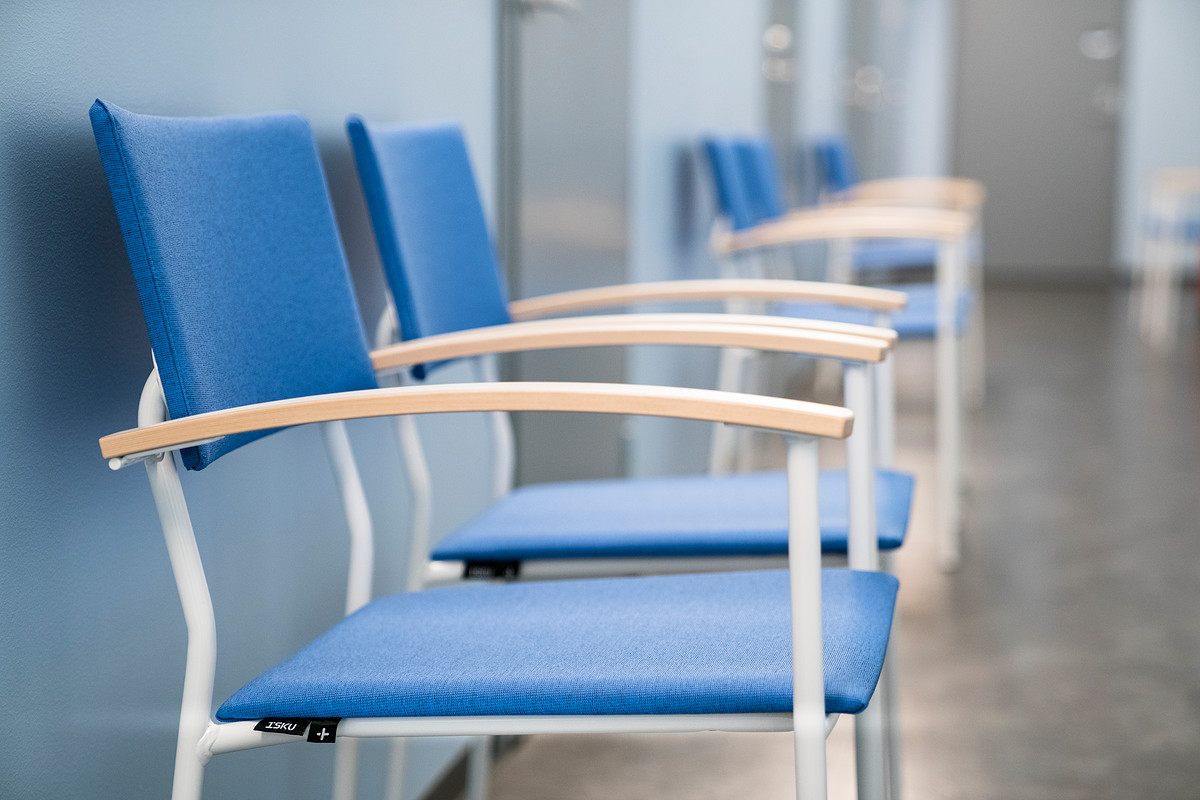 The antimicrobial feature of Isku’s furniture is based on silver and copper technology. Antimicrobial furniture decreases and even eliminates infections, bacteria and viruses that spread via touching surfaces. Furniture are suitable for many environments, not just hospitals, clinics and nursing homes. Schools, day care centers, offices and other public spaces with critical touching points are also potential premises for antimicrobial furniture and surfaces to be used in. In hospital circumstances the financial investment that is put in to antimicrobial products, pays itself back approximately in three months. A comparison operated in school world decreased infections by 20 %.

Products selected for the site

Learn more about our Health solutions

Products selected for the site